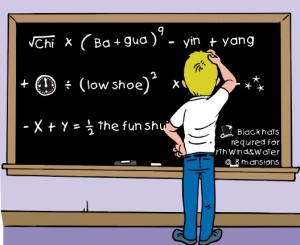 Some of the most successful affiliates are also some of the dumbest.  That’s humorous to say but it stands true so many times.  A lot of entrepreneurs that take their businesses to the Internet and get started making money with affiliate programs tend to over complicate things.  Is my server specs going to be sufficient?  Do I have a CDN that expands around the globe?  Am I receiving the exact number of clicks I’m paying for?  Is my landing page preciously correct?  What is the conversion rate of creative A, B, C, D, E, F, G, H, I, J, etc?  Am I tracking down to the exact pixel of my page?  Are the questions on my landing page relevant to everyone that’s going to view it?  Do I alter my bid at different times during the day?  – Getting tired of reading these yet?  Think about how exhausted you’re going to be if you run yourself through this mental nightmare.

Nine out of ten new affiliates that we coach and train inside our Private Forum tend to over complicate every step; from setting up a campaign, to optimizing, and eventually scaling.  This is for a number of reasons with one of the biggest being because it’s online and a new medium they’re not used to using they want to make things more complicated than they really are.  I try to sum up my responses as simple as possible.  It all boils down to lots of traffic volume.  Without a lot of traffic it’s virtually impossible to adequately test a campaign, get it optimized, and be able to scale accordingly.  Very rarely is a campaign profitable right out of the gate.

While it’s important to have your tracking setup and a web server that’s going to be able to handle the load, the other questions I mentioned above are irrelevant until you’re at least receiving traffic.  Until you receive a full day of clicks it’s impossible to make decisions on what’s working and what’s not and then the assumptions begin.  For new affiliates it comes down to a confidence issue.  Just because they’re just getting started they feel like they’re “missing something” or “must be doing something wrong.”  I see it time and time again. Experienced affiliates know not to make rush decisions and to let the traffic tell the story about the campaign.  After a few hours of data, most of your questions are answered for you and rather than worrying about XYZ you can simply make logical decisions based on the flow of your traffic.

Another mistake that some new affiliates make is think the holy grail to success is signing a large insertion order for a managed media buy.  Rather you’re promoting a mobile or desktop campaign, this is far from the truth.  Signing a large insertion order for a media buy should ONLY be for your campaigns you’ve already optimized on self serve platforms and are focused solely on scaling.  Attempting to test a campaign on a media buy you have no control over the hourly distribution can be very dangerous.  Sure, you may get a lot of traffic but with most media buys you have to commit to a certain time frame and most of the time a minimum spend.  What if everything tanks?!

Finally the “panic pause” bites a lot of new affiliates in the ass.  At times during our campaigns we may find that conversion rate drops dramatically for an hour or two.  If you’re constantly mashing your F5 key refreshing your stats – you’re going to start making assumptions as to why the conversion rate is sliding and could possibly panic pause leaving your revenue stopping dead in it’s tracks.  As soon as you hit the pause button that’s going to be it for that day.  Sure you can check with your advertiser or affiliate network but if you’ve stopped all the traffic when are you going to know if it comes back to life?  If the campaign has been working for 98% of the time and it goes through a 2% crappy period, the worst thing you can do is stop all the traffic and start digging through senseless data. Obviously if a campaign starts losing major money there maybe a time to pause but not until it makes sense in comparison to how strong the campaign has been running previously.

If you’re just getting started as an affiliate don’t over complicate things.  It’s as simple as getting a lot of traffic and then making optimization decisions.  It’s not rocket science and everything doesn’t have to be perfect.  The worst thing that can happen is the campaign not work but you’ll never know unless you try.  Use some common sense though you don’t want to pay ridiculous prices for your traffic.  Monitor your click through rates through your landing pages/offer pages and make sure to price your traffic out accordingly.  It shouldn’t take you thousands of dollars to get a couple of campaigns profitable.  Keep things simple and you’ll be successful.  Don’t make assumptions if your conversion rate starts to slide.  Remain calm and give it some time to see if it recovers.