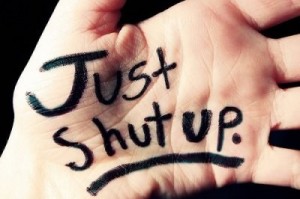 Ruck and I have had the pleasure of working with Internet and Affiliate Marketers for over seven years now and we’ve seen a lot of stuff.  From those that first come online and turn their business into a multimillion dollar enterprise all the way to those that just can’t get the hang of things and are never able to make the transition full time. Rags to riches, success to going back to work, million dollar acquisitions; I’m really not surprised to hear anything nowadays!  One of the biggest things I’ve began to notice is some of the most successful marketers out there are the ones that don’t over analyze things and take action.

Inside our Private Community we have marketers ranging from beginner all the way to seasoned veteran.  Many times I find that some of the people just starting out are over thinking the entire process or have such an ADD problem they can’t just stick to one campaign and see it successfully through.  The successful marketers take action getting as much traffic as they can find and rather than over thinking about the exact call to action they’re using, creative image(s), etc. they produce as many as many campaigns as they can to start immediate split testing.

At times it can be frustrating to see a very “smart” individual fail at some of the most simple things.  Rather than just taking action and seeing a profitable campaign through they dibble dabble a bit with a campaign here, a bit with another one there, and end up having ten failed campaigns; over and over again.  On the other hand it’s amusing to see someone with very little Internet background, that doesn’t know HTML or how to make their own images, come in and clean up six figures a month in profit.

Simply put, they’re not over-thinking the process.  Their limited amount of knowledge actually works for them because they really have no other choice than to start testing and see what works.  I’ve been working online for over a decade now and while I can answer a lot of questions some of the best answers come from actually testing things out and seeing what works and what doesn’t.

If you spend a lot of time on anything you’re going to eventually get good at it.  For example, if you practice playing a sport for a couple hours every day, set goals, monitor your progress, and work hard at it – you’re going to be better than the average person.  A person that goes to they gym and weight lifts four times a week is eventually going to have more muscle mass than the average individual.  That’s just how things work.  Transitioning this over to Internet Marketing those that spend adequate time creating campaigns, taking action, testing, and seeing what works will eventually become successful.  Those that dabble a little here, a little there won’t because their focus is too diverted to see anything all the way through.

The next time you setup a campaign or start a new website ask yourself from the beginning, “what is my overall goal?”  Don’t use money as a motivator because it’s never enough (ie: have a goal to make $100,000).  Rather than doing that you may just set your goal to “be profitable every day for one week.”  Maybe another goal would be to split test at least 20 different creatives and 4 different landing pages.  Also don’t be quick to give up on yourself or lose confidence.  In everyday life, especially business, you’re going to fail.  However if you recognize why you failed and can build off of it you’ll likely pull through and overcome.

For those veterans out there that are consistently pulling in massive profits because you’re taking action and not over analyzing things; keep it up!  Just remember to develop your business with legs and actually retain some assets that are valuable and can be leveraged for long term growth!