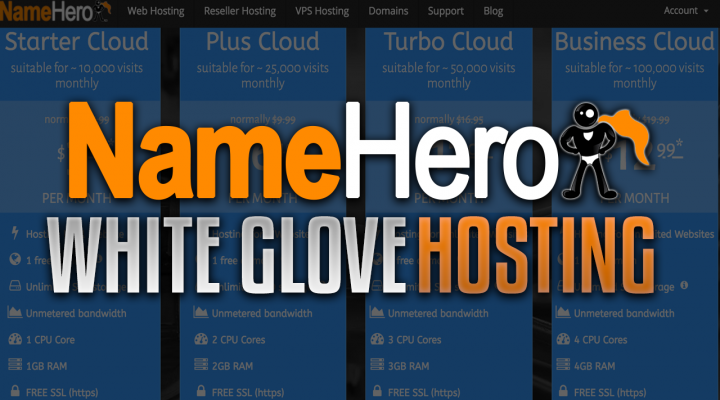 The big tech giants are scary companies to compete with. I remember there was a time when Google was entering industry after industry, and the local players were petrified that it would destroy them. Folklore has is that VCs, when presented with a business proposal, used to ask, “What will you do if Google comes into your space and disrupts it?” Almost a decade later, and Google isn’t nearly as scary as it used to be.

But these days, it’s Amazon who is the juggernaut. And unlike Google, they’ve actually managed to not just disrupt, but completely squeeze out the competition in several industries. In the web hosting world, there has been some trepidation about whether or not Amazon’s AWS offering is a threat to traditional web hosting companies. In this article, I’ll argue that it’s not. Amazon can try and compete in this market, but they’ll get their ass handed to them. Here’s why.

AWS Has Too Many Moving Parts

In ordinary web hosting, the provider ties together a multitude of components and presents them to the user as a united service. Such as:

All of these are set up automatically, and the user just needs to use built in tools to install their software and focus on their website. They never need to look into the technical aspect of how these components work together – and it’s a lot of work.

With Amazon AWS however, you need to build and maintain all these components on your own. You have to have a detailed understanding of how all of these work and interact with each other.  And if something goes wrong, you need to have the technical knowledge to fix the problem yourself.

No Time to Just Focus on your Business

Needless to say, running an Amazon AWS based website on your own takes away time and energy from your actual business. It can even give you the illusion that you’re doing something useful, when in reality it’s making no difference to how well your business generates revenue at all! Customers don’t care about what a beautiful infrastructure you’ve created to run your website! All they care about is the user experience.

Take it from me – it’s very easy to get bogged down in technical details and feel that you’re accomplishing something. But that’s not the same thing as actual progress.

Tech giants tend to have a “take it or leave it” kind of approach to technical customer support. It was the Achilles heel of Google, who famously refused to have any kind of actual human being on a phone or chat line. Well, anyone who’s been web hosting for a while will tell you that just won’t cut in for web hosting. In this industry, you sometimes need instant access to a live human being on chat or the phone. Or at least a quick response support ticket. Amazon offers this…for a steep price, starting at a minimum of $100 per month! Here’s a screenshot of their “Amazon Support” pricing:

And that $100 per month isn’t a fixed cost – it increases the more services you use. This is simply inexcusable for any kind of ordinary web hosting. To serve this market, Amazon would need to overhaul its business model so completely as to be almost unrecognizable.

Amazon is an Infrastructure Provider – Not a Web Host

Amazon gives you the ability to spin up your own servers and take care of everything by yourself at scale. It’s for technical users who know what they’re doing. If you’re a business owner, you should just forget about Amazon AWS and go with either shared web hosting, or a managed VPS if you need more power. You don’t want to get bogged down in technical details and then have a heart attack when something (inevitably) goes wrong.

So AWS is never going to come remotely close to replacing traditional web hosting as we know it.