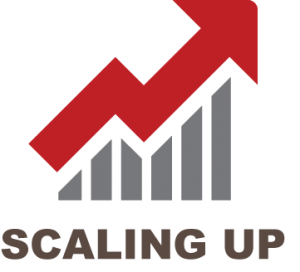 Every affiliate marketer’s main goal is to become profitable.  Until campaigns start turning black and profits are being generated, a campaign is just an investment, collecting data and providing optimization points.  But once that campaign gets profitable when is it time to scale to $10,000+ a day?  Often, I ask affiliates, how much money they have to invest in their campaigns. The answer is almost always the same: “unlimited if it works.”  Of course if a campaign is doing 100% ROI everyone is going to do/say whatever they can to get their spend up as high as possible to bring in the largest return.  But it’s not always that easy.  Before you can scale your campaign up you need to consider how long you have been running profitable, how volatile the offer is, and the limits of the traffic source.

The second you turn a campaign profitable it’s hard not to jump out of your seat wanting to scale until your eyes bleed.  Let’s say you’ve been running an offer spending $300 a day and it’s been breaking even/slightly profitable for a bout a week.  You finally have enough data to make some good optimizations in terms of which landing page is converting the best and which creatives are yielding the highest eCPM.  Your spend goes down to about $250 a day but your profit is now 100% ROI.  Scaling too quickly could throw another variable into the equation and cause everything to come crashing down.  Let’s say you take the same metrics of the campaign over to another traffic source expecting the exact same results.  What you didn’t consider was your banner placement in the ad chain.  It’s different on the new source and you’re no longer profitable and back to testing.  A better plan would be to let your now profitable campaign run untouched for a week or so to ensure all of your metrics are correct.

The hour of the day or the day of the week can sometimes make a big difference in any performance based campaign.  If you’ve made optimizations to get it profitable on one day it’s important to get a larger sample of data to ensure it’s going to be profitable every day.  If it is profitable on everyday during the week it’s important to note how high the ROI is at certain hours.  You may find yourself wanting to day part the campaign (pause during certain hours) to ensure the highest return possible.

Since we’re talking about an affiliate campaign in this post we’re assuming your getting paid a commission for each sale or lead generated to another company’s product. Before you can achieve that first $10,000 revenue day it’s important to find out how volatile the offer is.  Is it seasonal?  Are there processing limits?  Does your quality need to be taken into consideration?  There are a number of different factors that you must consider before taking your volume to the next level.  Rather you’re working with the company directly or going through an agency it’s important to speak to someone regarding increasing volume.

Regardless of what anyone says there is always a limit somewhere.  Before scaling hard you need to know and understand where this limit is.  I like to know what other partners are doing with the offer.  While I don’t expect anyone to provide me with exact details I like to have a good understanding at the current volume already on the offer so I know more about the limits and what to expect when I really increase my volume. If the offer is seasonal or only runs for a certain flight it’s important to find that out.  Nothing is more disheartening to finally get a campaign up and profitable to have it expire the next week.  If you don’t ask before you scale, you’re running blind.

Every traffic source has some type of limit.  Facebook is one of the most popular websites on the Internet but they limit the number of money each advertiser can spend per day on their platform.  If you’re a large advertiser, they’ll increase this limit, but sometimes it takes several successful billings at lower levels before they’ll do so.  The same goes for Google.  They are the largest advertising network in the world but they also don’t just let advertisers go spend wild.  Older accounts with larger spend history have priority over new accounts that are just getting started.  Even when you’re conducting a large media buy, you’re going to run into a limit somewhere.

One of my biggest limits early on in my career was having a credit card capable of enough spend.  I could not get American Express to understand why I was 22 years old and needed to spend $10,000 a day on my card.  So I was left spending $5,000, sending them a wire, spending another $5,000, sending another wire, etc.  I then had to make sure I was getting paid quick enough by the merchant to be able to float the spend.  Today, things are much different, because I have several very high limit credit cards and a lot more capital.  But this can be a challenge especially for affiliates that are just getting started.

While $10,000 a day sounds awesome there are some very important things you must consider before reaching that level.  You need to be profitable for longer than a week and have all the day parting variables considered.  You need to examine the volatility of the offer and have a good picture about what’s going on with the merchant before unexpectedly “blowing up your numbers.”  Finally, all the limitations to your traffic source and financial situation need to be taken into consideration. If you don’t have a high limit on your credit card then you need to ensure good pay terms with your advertising network or have a set amount of liquid capital available.  You’ll then be much more prepared for a massive month of profit!