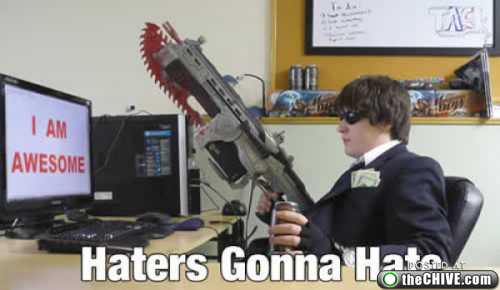 Steve Jobs – words cannot express how sad I feel today after hearing of his passing late yesterday evening. Growing up in the 80s and 90s I always felt like Apple products were second rate, but over the last five years, I’ve literately increased my productivity tenfold by using them. Starting with an iPhone 3g and eventually moving to a MacBook Pro and an iPad I couldn’t imagine a day without these essential business tools. Not to mention the entertainment my Apple TV brings me in my “down” hours.

Without a doubt Steve Jobs can be compared as the Thomas Edison of our era. His innovativeness and business skills are far and few between, some that you only read about in text books. In 2005 Jobs addressed the Stanford graduating class with a very compelling and aspiring speech. One quote in particular:

“Your time is limited, so don’t waste it living someone else’s life. Don’t be trapped by dogma — which is living with the results of other people’s thinking. Don’t let the noise of others’ opinions drown out your own inner voice. And most important, have the courage to follow your heart and intuition. They somehow already know what you truly want to become. Everything else is secondary.”

Do you know how many people told me I was crazy for working online? Things like “no way you can earn a living with a pro wrestling website” to “just look at the dot-com crash of the 2000s, there isn’t a future there.” In college one of the rumors I heard people saying, “there is no way those Gray boys earn six plus figures working online – they’re full of crap.”  Even my own mother used to say, “get the heck off that darn computer!”

While I do think a lot of people’s opinion has changed in recent years, seeing the success of guys like Mark Zuckerberg, I still never for one second “gave up” or let someone else’s opinion weigh-in to what I wanted to do. While my parents wanted to see me grow up and be a doctor, lawyer, or get a master’s degree in business, I followed my passion, my dream, what I LOVE to do. I tell people every day that if I didn’t do what I do for a living I sure as heck would spend all my free time doing it.

Some people may call me weird – and I’m OK with that. But ever since 1998 my time behind a computer is what I like to do in my free time. It’s my hobby. Just as some people like to play a video game or play a game of basketball, my hobby is being on the Internet. This is something I was ashamed of until recent years. Even my closest friends never knew how I spent my free time at home. I never wanted to be stereotyped as an “Internet nerd,” “computer geek,” or other hateful names. It wasn’t until I finally matured enough to quit caring what EVERYONE else thought and decided that I was doing what I LOVED and I didn’t care what ANYONE else thought.

Every day I’m hustlin’…  For whatever reason that cocky statement (and others) boil some people’s blood. “That’s not normal.” “Your productivity begins to suffer.” “You weirdo start outsourcing.” “You suck at business management.” “There’s more to life than work.” All of these ignorant and narrow minded statements can be classified as the definition of “normal.”

Normal can have MANY definitions; but what exactly is “normal.” Some people don’t eat meat – are they not normal? My identical twin brother doesn’t drink alcohol or curse – is he not “normal?” I spend 16+ hours a day on a computer – surely I couldn’t be “normal.” Let’s don’t even get into the tattoos covering my body. Oh and did I mention I spent my teenage years behind a computer? (I know get that hate out: weirdo nerd/freak/dumb-ass).

Fact of the matter is everyone has their own definition of normal. That’s the good thing about living in America; we have freedom.  It’s one of the core values this great nation was founded on. Freedom of religion. Freedom to vote. Freedom to do whatever the hell we want to do (as long as it’s legal).

Re-read Steve Jobs’ quote above. Don’t listen to anyone else. Follow your heart. Follow your passion. Follow your dreams. Don’t let anyone tell you anything different. If you love what you’re doing and are happy – then hats off to you; you’re happier than all those haters out there. As I’ve said before here on the blog – envy in this industry is a bitch and people will say or do anything to try and cut you down; but in the end… YOU WIN.

Haters feel free to hate below, I look forward to seeing your misery.