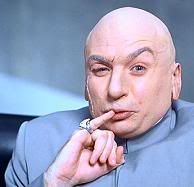 Let’s consider a scenario for a second… You’ve finally made it as an affiliate.  You’re making big money working online, you know how to run traffic, create campaigns, and you’re scaling your financial stability much faster that you ever would back at that 9-5 job.  But what are you going to do with that first million dollars?  What about the first $100,000?  Over that years I’ve had the opportunity to coach, train, and mentor some bad ass affiliates that were able to sustain very high revenues in a short period of time.  One thing that some come back and ask for advice is, “what do I do now?”

To a lot of people just getting started this sounds silly…  Some maybe thinking, “with $1 million my problems would be over.”  Unfortunately this is a common myth; that money solves all problems.  I agree that you need money to live; but what about when you start making more money in one month than you ever made in one year?  Are you going to go out and buy that Ferrari you always wanted?  Perhaps it’s that bad ass house down the street.  Maybe you just want to pay off your loans from college or eliminate all your debt.

Throughout my 15 years of making money online I’ve been careful to develop a plan that outlines exactly what I want to do with the money I make.  Since 1998 I’ve re-invested a lot of my profits back into growth.  I’ve been involved with nearly a dozen companies and none of them have had to take on any financing, which is a definite plus for any new business.  I’ve been able to scale my companies and grow them steadily without having to worry about how I’m going to pay the next bill.  I’ve also made a point to invest into my future.  Often overlooked by a lot of young people, I’m on track to be fully retired by the time I’m 40 years old.  Does that mean I’m going to quit and go play golf then?  The chances of that are very slim, but I could if I wanted too.

In conclusion making a lot of money online can be an amazing experience.  But making it without a plan in place can also lead to a lot of problems.  Don’t just do what you’re doing for the money, do it for your passion.  Stay on track with your plan even if you have an extraordinary good month.  Reward yourself but consider your goals and always keep the bigger picture in mind!