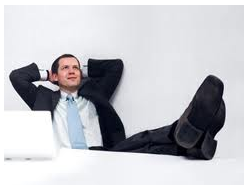 Rarely I see other people talking about the “other side” to being an Internet Entrepreneur. Many times, especially with the “outside world”, they see someone like my self and think, “damn that must be nice to be that Ryan Gray – he’s never held a 9-5 job in his life.” They see the homes, the cars, the clothes, etc. and assume everything in life is gravy since many times wealth is associated with overall happiness. There is another side to being an Entrepreneur that is rarely talked about but very much so attributes to overall success. That’s the business side of things…

Ruck and I just completed Grind Session West and Grind Mastermind West in Las Vegas. For those that attended you may have noticed the accommodations. Unlike other masterminds and Internet marketing seminars out there we setup venues that can handle everyone in the room comfortably. We have complimentary pens, paper, candies, and water. All of this didn’t just showed up overnight. Right down to that little piece of candy you chewed on had to be evaluated in the setup. Especially since many of the “big hotel groups” out there are so corporate, it takes a written statement to get something as small as a pitcher of water on every table. This planning takes time, energy, and organization. Many ask us why we don’t “hire someone” to do this, but each person I hire I lose a certain amount of control over my business. With me doing it I can ensure we’re going the most cost-effective route and taking into consideration our margins and overall ROI. Obviously this is likely to change once we grow but that’s how it is for now.

Let’s also take into consideration Ruck and I are both full time Internet marketers. We’re running out own campaigns, optimizing them, and developing more long-term websites to sustain our careers. Each time one of these websites/campaigns spends money or makes money it has to be recorded so you can measure what’s making the most ROI and concentrate accordingly. Some of our projects require more substantial up-front investments than others. As Ruck mentioned at Grind Session we’re in the process of building a website that has the potential to generate revenues in the $XX,XXX,XXX range rather quickly. While we can outsource certain aspects of development we want to have control over our business and implement the strategies we’ve learned for the last decade that will set us apart from our competition.

The last five months I’ve traveled exactly 82,486 miles with Delta airlines. Previously I had used other airlines; however with my recent relocation to our Kansas City office this was the most effective and efficient way to travel. Working online also entails getting out from the computer and physically meeting people face-to-face. Many people that have attributed to a lot of my success have came from personal relationships rather than virtual friendships. You can only say so much on AIM! This also includes traveling to cities to hold our seminars and masterminds.

So how does one handle all of this? In one simple word: organization. In my opinion being an Entrepreneur is the most rewarding and one of the most fulfilling things in life. You’re able to attribute your success based solely on your hard work, dedication, and passion. If you’re unorganized when completing tasks you’ll find yourself with a whirlwind of problems. One, you’ll notice you have several “untied” knots. What’s the purpose of building out a campaign or a bad ass web site if you never turn a penny from it? You have to spend equal time executing ideas as you did implementing them.

Becoming organized doesn’t come easy. After years of hard work and questioning how I could grow more efficiently did I begin to get organized and ensure success in each project before moving on. Recently this discussion came up in the Community and I explained how I’m an “old fashioned” pen and paper guy. I have a legal notepad by my desk each day with a lists of tasks that need to be completed. As I complete each one I physically mark it off and move on to the next item. I have this pad everywhere I travel and am often seen on airplanes going through it.

If you’re not organized and are just throwing darts at a board every day – I challenge you in 2012 to start making physical lists. Don’t let one or two things overwhelm you simply allow for more time later on your list. For example when I do accounting I may say, “one hour to catchup on accounting” where I will come back and re-visit it later. Overwhelming tasks such as “crunching numbers” should be broken up into portions of your day so you remain sharp and effective while inputting and analyzing the data. What are some tips you use to stay organized?