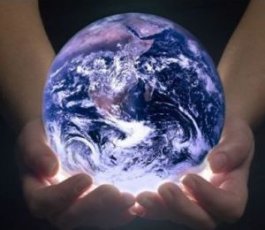 Since 1998 I’ve learned numerous life lessons when it comes to running profitable and successful businesses. Some days are excellent, some days are annoying, and some days just plain suck. I’m a perfectionist and when I do something I do it the right way or I won’t do it at all. One of the biggest lessons I’ve learned over the years is to stick to what your good at and exploit the areas that you accelerate in. Being an Entrepreneur it’s often easy to get sidetracked on other projects which can consequently effect your productivity and overall success.

In general, Entrepreneur’s want to take over the world. As I was falling asleep last night I had an episode of Restaurant Impossible on in the background. As I listened to the host review the business’ changes I started to think to myself how I could create a restaurant ten times better. Without a doubt I know I could enter the restaurant industry and with enough time, passion, and energy I would have a successful business. That’s just the way I am; I won’t quit until it’s successful. I’ll make optimizations and adjustments until things work. If I don’t know how to do something, I’ll read every single book/information available and follow-up by networking with the top experts in the industry until I am satisfied with my knowledge. That’s all part of the Entrepreneur drive.

While this is a very good characteristic it can also work against us. In the mid-2000s I found myself running 4 different large content based websites, 2 popular discussion forums (over 400,000 members in one), and a web hosting company. The funny part was – I was doing all this while in college. Using some “creative thinking” I figured out how to setup my College schedule where I really only needed to go on exam days and quickly learned the type of questions professors were going to ask so I could cram the night before and garner a decent grade. Sure, I was making great money but it was pure insanity! I had my brother as my business partner and a staff but it was still very hard to really concentrate on just one area and grow the crap out of it. When you have multiple things going on it’s virtually impossible give 110% to all.

Google founders Larry Page and Sergey Brin are two extraordinary Entrepreneurs that have accomplished only what very people in history ever have (or will). While I have a ton of respect for both of them I do want to point one thing out. They accelerated at search. They organized the Internet in one easy-to-access area with the most relevant results showing first. Since then they’ve developed a number of products and services – but how many of them have REALLY taken off. Does anyone even use their daily deals website? How many of you are leaving Facebook to join Google+?

My point here isn’t to knock Google or anyone else, but rather display how most of my success has came from when I solely concentrate on my one business and work each and every day to grow the core of it (and don’t deviate).