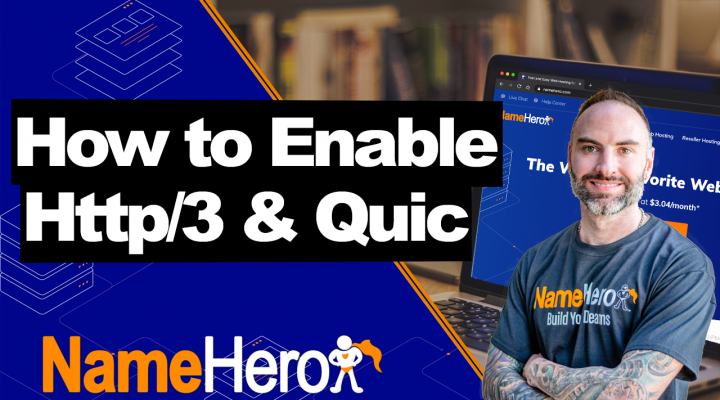 On the 2nd of June 2021, QUIC.cloud finally exited beta and entered production status. With this, they’ve finalized their pricing, introduced new regional pricing, and are having a 50% discount on data transfer till the end of the year. Also, it becomes the first CDN to support HTTP/3 both for connections to the origin server, as well as the CDN POP itself.

Here’s what it means, and how it integrates with NameHero.

With the production version of QUIC.cloud, they’re introducing differential pricing for their Africa POPs. In my opinion, this is the single largest differentiating factor between QUIC.cloud and Cloudflare to date. Let me explain.

Right now, Cloudflare has over 200 POP locations around the world. What they don’t tell you, however, is that most of these are not used to deliver ordinary traffic. Bandwidth costs vary widely across the globe. Africa is the most expensive, where it costs 4 times more than in North America. As a result, Cloudflare doesn’t use most of the expensive POPs and routs its customer traffic over a small number of locations.

The expensive POPs are reserved for their Enterprise customers – even if you pay for the “Pro” plan (like I do), they don’t give you access to all their data centers. This is personally galling to me because I get a surprising number of visitors from Africa to my website WP-Tweaks, and I would like my customers in Cairo and Morocco to get served from a CDN close to them.

QUIC.cloud on the other hand recognizes this problem of expensive bandwidth, but simply charges more for traffic through these POPs. And you can turn specific regions on and off, as shown here:

This innovation allows an unprecedented level of control over which CDN location your traffic filters through. To my knowledge, no other CDN provider has this level of fine-tuning. True, there aren’t nearly as many POPs as Cloudflare, but as we’ve seen, Cloudflare doesn’t even use lots of POPs. So what’s the point? Plus, QUIC.cloud has a data center in Cairo, which I like.

Other CDNs support partial HTTP/3 data transfers. Cloudflare for example still uses HTTP/2 for the data between your origin server and their CDNs. QUIC.cloud however, will feature full end-to-end HTTP/3 support, meaning that the process of downloading your page from the origin will be a lot faster than the alternatives.

QUIC.cloud is available for everyone. But NameHero is special because it uses a LiteSpeed web server from LiteSpeed Technologies – the same company that develops QUIC.cloud! As a result, NameHero customers get a special Enterprise offer of free 100 credits every month, equivalent to around 10 GB of data transfer. That’s more than sufficient for small, and borderline medium websites.

And purchasing extra credits is super cheap. Right now, you can get around 500 GB for $5, which is pretty much nothing compared to how much you pay on other services like Cloudflare. Paid credits don’t expire either, so you keep using them until you have to purchase more.

NameHero’s integration with QUIC.cloud also integrates with the backend LiteSpeed caching. So everything is super-fast!

Now Only Security Setups are Missing