On Friday’s morning Strategy Call with our affiliate channel at Revived Media I got into my bidding strategy that I use on almost every traffic source.  The results have been exactly what I expected from those that took what I said to heart and took immediate action.

When you’re buying traffic you have to keep in mind that everyone else around you can do the same thing.  My team in Palo Alto can buy the same placements that our team can here in Kansas City.  We have to find a way to consistently gain the competitive advantage and jump ahead of the competition.

We developed our own tracking solution so we could have all the data about our traffic.  When someone clicks one of my tracking links I want to know what device their on, what operator they’re using, their network speed, and other important metrics that will allow me to make optimizations.  When you’re paying for traffic the slightest optimizations can make a big difference in your bottom line and profitability of the campaign. Before you get started you should have a good tracking solution in place ready to handle lots of volume.  Also, don’t be cheap, buy a good VPS/dedicated server from the beginning.

If you’re flat broke then the last thing you need to do to make money is start spending it.  Especially if you don’t have it.  Buying traffic isn’t the “magic pill” you’ve been looking for.  It’s simply an avenue to get a lot of visitors to the landing page to the product or service you’re promoting.  I didn’t start paying for traffic until I had established my online business to solid $XX,XXX in monthly profits.  I then allocated a certain amount each month until I “cracked the nut.”  Once I understood how things worked, I grew my profits exponentially.

Step 3 – Start With One Traffic Source At A Time

I’ve closely watched members in our Private Community for the last two years and the results are almost always the same.  The ones that try and spread their resources too thin by jumping from source-to-source are the ones that get very frustrated and hardly make it to profitability.  Master one source first before moving to another.  It’s much more beneficial to drop $1000 at one source than to have $100 spread out over 10 sources.

Carefully evaluate the amount of money you’re willing to spend for the day.  This needs to be a SET amount because to utilize my strategy property, you’re going to have to be very aggressive, and you will most likely have a little bit of a loss at first.  Once you have determined that you’re ready to setup your campaign and start your first “blast.”  The goal here is to garner a high eCPM which is going to give you priority through the ad server and allow you to “come out of the gate hot” and jump a lot of your competitors placements.  Depending on how much the offer you’re promoting pays, start your blast at either $50 (for offers that pay $5 or less) or $100 (for offers that pay more than $5).

As I said above, when you’re entering a self serve platform it’s all fair game.  Everyone around the world has the opportunity to buy the same traffic that you do.  If you want to drive some massive volume and become a badass you’re going to have to outbid your competitors.  Self serve traffic sources reward long term advertisers that maintain a good eCPM with lots of volume and quality traffic.  In order to achieve this status you’ve got to be very aggressive from the beginning. I recommend starting your bids around $0.60 – $0.80 depending on how competitive your market is.  Markets such as the US, UK, CA, AU tend to have much more competition than the Middle East and Africa.  A lot of this goes down to common sense (ie. how many advertisers are lining up to buy traffic in Ghana).

Once you have everything ready I suggest starting your first blast during “peak conversion hours.”  For those of you promoting mobile offers the best time of the day is starting at 5:00 p.m. in the country you’re advertising in.  This boils down to user engagement as people on their mobile devices have more time to spend with you offer when they’re off work and at home.  If someone is waiting in line at Starbucks for their latte or hiding their device while at work; they’re not going to have the time to become a successful conversion.

If possible at your traffic source, set your initial budget to spend as quickly as possible.  You want to come out hot and heavy – you don’t want to spread this test out over any longer than an hour.

Chances are you’re not going to be profitable after your first blast.  But carefully analyze your results.  What is your CTR?  Are you close to a competitive CTR?  You’ll learn what’s competitive by experience or asking the rep at your traffic source.  Did you garner ANY conversions?  If you didn’t make $1 after $50 – $100 spent, then something is wrong.  Either your targeting is off, the users aren’t engaged at your traffic source, or something isn’t right.  Go through everything and discover the problem before moving on.  It’s possible the offer + traffic source just isn’t a good fit, but most of the time something is off with your targeting.

If you garnered conversions and your CTR is solid then you can start you first optimizations.  You want to now pause banners/text creatives that have crappy CTRs.  Look for high impressions and low clicks.  These need to be PAUSED.  It maybe as easy as pausing one or two ad groups but it just depends on the overall performance of the campaign.  If the CTR stinks all around; then it’s back to the drawing board before continuing.

If everything looks good and promising it’s time to move forward.  By promising I mean that your CTR is good, you’ve paused the low CTR ads, and you’re garnering some conversions.  While you still maybe a bit far from being profitable, you’re at least making progress on the campaign.  You should NOT move forward if you have $0 in revenue and if the CTR isn’t near competition (once again,this is learned over time through experience).

You should now increase your budget by $50 – $100.  Let it run with your initial bids and good performing creatives.  After the spend is depleted it’s time for another evaluation.  Once again, you’re looking for progress, not profit.  You should have increased your revenue and should also have a good idea now about what ads are working and what’s not.  You may see some ads that should be paused as the first blast didn’t yield enough data to test.  You may also begin to notice a trend amongst the type of banners that are working.  If you only have a couple, then you may wish to start over with a campaign full of these type of banners only.  You don’t want to make a lot of edits to a campaign.  It’s always best to create new.

If everything is still good, your CTR is solid and you’re garnering conversions, it’s time to let things run for a bit.  Set your budget up to the amount you’re willing to spend for this campaign.  I cannot give you an exact number here because this depends a lot on your business plan and the amount of capital you have for this campaign.  If you’re losing your rear on it, you obviously don’t want to dig a hole so deep you can’t recover.  Be a realist here, and start running scenarios through your head to ensure you’re going to be able to become profitable.  For me personally, this amount ranges from $1,000 – $5,000 depending on how well the offer is converting.

This is also the point I start to relax those really high bids.  I’ll typically lower 10% before I set my ‘”run budget” and then reduce 10% every hour until I start seeing a huge decrease in traffic.  At this point I’ll level off and leave things alone.  Typically I won’t lower anymore than 50% of my initial bid in the first 24 hours.  If I’m going to be successful at knocking out the competition that could have likely been in the placement for quite sometime, I’m going to have to stand strong and let him know I’m not going to be fucked with.  Even if it costs me some money.

Once I have completed everything above I then let my campaign run.  As long as my ROI is consistently increasing with me reducing the bids of my traffic, I’ll keep it going.  Typically I won’t touch anything for a full 24 hours to see how the campaign progresses.  Obviously you want to be a realist and use common sense if things aren’t going to work out.  But if the campaign was really taking you shouldn’t move past Step 6 (or Step 7).

If progress is being made I’ll let things then run for one week straight before making any changes.  At this point I’ll use all the converting data I have to create NEW campaigns that I KNOW are going to yield me solid ROI.  You want to make few edits to your initial campaign.  Almost any edit you make takes away from your momentum costing you valuable eCPM that loses your priority through the ad server.  I recommend only pausing creatives and/or ad groups; minimal edits. 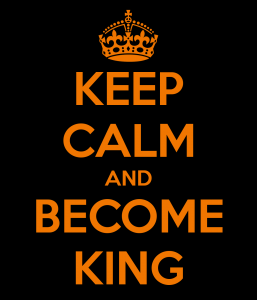 It’s now time for you to conquer your traffic source.  Rinse and repeat until you’re dominating every campaign you start.  Be smart though and don’t think just because one campaign isn’t working that it’s a lost cause.  Sometimes things don’t always work as planned but as you implement this process, you’ll begin to develop your own.