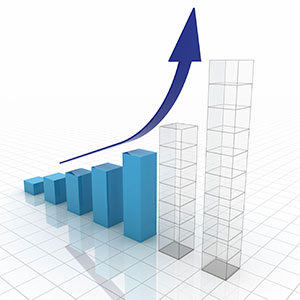 Optimization is key. I’ve already said it once and I’ll continue to say it. Very rarely is a media buy profitable from the very beginning. With any type of direct-response marketing, it takes time to optimize and become profitable. If every media buy was profitable from the beginning don’t you think everyone would do it? If you remain patient and interpret the data, the reward can be very fulfilling. With that said, after 24 hours of delivered traffic, you can begin optimizing.

Many times I’ve talked to affiliates that count the buy out before they even give it a fair chance. Depending on the vertical, some hours convert better than others. I’ve woken up to media buys that were $2,000 down in the morning only to end the day with a nice profit. That is why it’s important to set a budget, not get over your head, and remember you have to trade money for data to attempt to optimize the buy.

Since you’re paying CPM with a media buy the first thing that needs to be examined is the CTR of your creatives. If you have one creative that has a substantial amount of clicks than the others, you should keep that one and pause the rest. We’ll call this the ‘winner.’ Depending on the amount of inventory you purchased, you’ll want to make 4- 8 other similar creatives to your ‘winner.’ Try different color borders, different calls to action, animation, etc. Since you already know the format works, play around until you garner an even higher CTR. Remember, that’s your lifeline when media buying.

If all of your creatives are too close to tell, you may need to give them some more time to run. If they all have a very weak CTR (ie: you’re paying more than $1 a click), you’re going to have to start over. Completely scrap the format you’re using and try something ‘outside the box.’ Also remember that ‘ugly sells.’ I’ve split tested professionally designed creatives and it always seems that the ‘ugly’ ones that take the less time work the best.

If that’s the case, examine the offer’s EPC to determine if you have a ‘winning offer.’ You can ask your affiliate manager at your affiliate network of choice what’s an average EPC for other media buyers. This can help you decide if it’s the offer or your traffic.

Since you’re rotating through landing pages, sometimes after 24 hours, you can decide on the ‘winning format.’ If one landing page has a substantially higher CTR than the others, repeat the same process you did with your creatives… Create a couple different variations of the landing page to find the exact one that works the best. As with the creatives, you may need to let things run longer than 24 hours if things are ‘too close to tell.’ Remember, sometimes the smallest changes can mean the biggest change in conversions. Something as small as a headline change can completely turn the campaign profitable.

If you’re seeing a lot of clicks from your landing page to the offer but are experiencing a low EPC its possible the offer isn’t a good fit for your traffic. Several factors can be considered as to the exact reason why, but I suggest split testing two (or more) offers to begin. As with the other items, after a full 24 hours, you should be able to make a decision as to which offer is going to garner the highest EPC.

After the first seven days of running traffic, your buy should be optimized and making a profit. If you’ve followed all the optimizations mentioned and are still not coming close to being profitable it’s likely the offer isn’t going to work on that traffic. If you’re close to becoming profitable, it may take a few more days to producing a consistent ROI. Optimization takes time and patience. It’s important to remember your budget and initial goals.