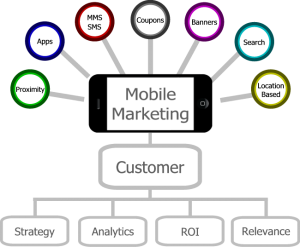 Mobile, mobile, mobile! This has been the buzz word recently and is something I personally am going to see that many of you are able to start generating and monetizing traffic with it. Given my decade plus experience making money online I’ve seen a lot of trends come and go along with lot of websites, business, and partnerships. Here recently in the CPA space we’ve seen big names we never thought would go out, go out. We’ve seen other affiliate networks face legal/payment/other issues. While one may consider the apocalypse is near, we’re actually far from it. The game is changing and those that adapt, develop, and progress with it will be rewarded handsomely. Those that refuse to give up their “old ways” or adapt with the change will find themselves in a world of trouble (as some are).

When we launched IMGrind in 2011, we introduced the concept of lead generation arbitrage. The entire process it relatively simple as you don’t have to sell or own your own product, rather you are paid commissions from leads that you’re able to retain and further monetize. Many found new success with this model and ported it over to multiple paid and organic traffic sources. Several of you also integrated with Facebook’s powerful Open Graph allowing for maximum social exposure. The next step now, is mobile.

Tablet and smart phone devices are becoming more-and-more common. Just the other day I was sitting down for dinner with my parents at a restaurant. Unconsciously, we look-up as the waiter has a blank stare waiting on our drink order, and we were all three too “zoned out” from our iPhones. Do you know when the last time they turned their computers on? Sure my dad uses his for his business, but most-of-the-time they both can be found at all hours of the night pecking way on their iPads. I haven’t just noticed this trend with them though. My friends here in Kansas City are the same way. I bought my girlfriend an iPad and that was it for her desktop too. Here comes bill paying, Facebook, and Pinterest comfortably sitting on her couch. From Cancun Mexico to New York City, everywhere I go people are consuming more mass media than ever. As Internet Marketers this lies an advantage that can only be compared to things such as the Industrial Revolution (yea I said it).

With the massive increase of mobile devices comes the opportunity of monetization. There is a lot of traffic out there for literately PENNIES and advertising networks that are ready to gobble up your budget. Many simply have so much volume, application and other mobile developers are asking for MORE. I’ve even blown through my $50 daily budget all the way up to $300 within 10 minutes of a campaign running on some sources. Find the right combination of offers and you’ll be knocking down amazing revenues daily.

Step 1: Decide How You Want To Run Your Campaign
Before getting overwhelmed in all the information out there, simply determine how you want to monetize the mobile traffic. You basically have the same options as with any of the other traditional advertising you have done:

* Direct Link
– It works the same way as it always has. Go to one of your favorite CPA networks, ask for their top converting mobile offers, and start some testing. Some advertisers will list specifics such as carriers, devices, or operating systems they support so target accordingly. Simply put, grab your affiliate link, and get some traffic to it.

* Use A Landing Page
– This scares some people, but it’s actually comical about how easy it is to develop a mobile optimized landing page. If you have ZERO experience you can use Adobe’s Dreamweaver to generate you a jQuery template such as this one:

* Create A Lead Generation Funnel
Everything you’ve learned over the last year in IMGrind running web based lead generation campaigns still holds true, it’s just less data, and less complex pages/paths. Even easier right? Now I understand one of the big things that keep some of you all from really rocking out lead gen funnels is the inability to produce landing pages. This past February Ruck and I learned of a service called LeadsMob. Basically, they allow you to create your own lead generation web form right from there interface, then give you the ability to monetize your leads with their gateways. Could it get any easier? Let’s say you wanted to create a form where you captured a user’s name and phone number then sent them off to an application you were monetizing on a cost-per-install basis. They would either host or provide you with the code to upload to your server.

They’ve made things so simple over there, you can also define things such as where the form will redirect too following submission. Obviously you’re free to create things from scratch, as you can see it’s not that complicated. Beginner or expert, you can create your own mobile lead generation funnel.

Step 2: Decide Where & How You Want To Get Traffic
Once you have a plan of how you’re going to promote a campaign it’s time to pick a traffic source. Here’s the fun part… You’re not just limited to big companies such as Google, Facebook, Microsoft, etc. There are hundreds, if not thousands of mobile advertising networks out there with a variety different ways to serve distribution. Sure, you can still work with the “big boys” but you can also get a TON of distribution from other traffic sources. Let’s consider LeadBolt.net.

From experience we know that LeadBolt has a TON of volume on their PUSH notifications. However, that is just ONE form of distribution they offer. Check out some of their other advertising options:

So how many of you all are testing your lead gen funnels with their capture form advertising? They have enough advertising options to keep you busy testing for a while and there are many similar sources popping up daily.

Remember PUSH notifications are served to the end-user like an internal message. This creates much high click through and conversion rates as it offers far greater user engagement than traditional banners. Other networks with a TON of PUSH notification traffic include:

None-the-less there are still a NUMBER of other solid mobile advertising networks to choose from. Use Google to find specifically the traffic you’re looking for or consider these mobile traffic sources.

Step 3: How To Track & Optimize
Given the massive amount of mobile traffic, you have GOT to sort through conversion metrics to see what exactly is converting, and what isn’t so you can be profitable. With the number of new devices coming on the market daily, it’s impossible to develop a landing page + offer combination that’s going to function 100% correctly on every single device. It simply is not possible. However, if you use proper tracking metrics you can quickly identify areas that are converting and where you can scale and target moving forward as well as fat that needs to be cut to increase overall bottom-line.

Obviously, some of the same metrics that are important with traditional web-based advertising are also important:

The basics are always important as you should always strive for a better creative/landing page CTR but without knowing the exact metrics (device type/ISP) you don’t even have a fighting chance. DON’T go blowing a bunch of money though without a sustainable ROI. IF you have $100/day to run test traffic, then run it, review the data and optimize accordingly. However if your budget is more limited then you need to focus on ROI. The broader you target the more volume you will receive but the more you will have to spend to know the exact metrics that work. The more targeted that you get, the less volume you will receive, but you will spend less to find where the ROI exists. This is why we developed our self-hosted mobile tracker, iMobiTrax.

Step 4: Launch, Optimize, Profit
Unless you’re launching new campaigns daily – how will you know what works and what doesn’t? I can outline all of this stuff for you and give my suggestions, however you will learn a TON just by launching campaigns and putting all of this to action. Quickly the questions you have will be solved and you’ll begin to understand how this entire “mobile conversion” process works.

Don’t get scatter brained. I’m sure you’re mind is racing with a thousand different ideas but you can’t make $100 profit a day if you haven’t made $10. Also avoid putting all your eggs in one basket. If you have one campaign doing well on a traffic source (or two) then focus on getting another one going. Advertisers in the mobile space are just beginning to realize the power behind performance advertising so it’s not uncommon for them to have to pause an offer to accommodate all the volume. In time this will all be worked out, but for now I sleep MUCH better at night knowing I have 10 campaigns doing well than just one.

Rinse and repeat as you become more experienced. If you are still apprehensive about creating your own landing pages then work on direct linking for a while. There are several publishers doing big things by effectively direct linking. Remember though you have to weed out the non-converting metrics and focus on a solid ad copy. Once you start making money direct linking then you may wish to branch out to using landing pages with the end goal creating a lead generation arbitrage funnel where you’re collecting some of the data. Heck, once you get things down you could essentially put your own offer on a CPA network and get traffic from other affiliates! The options are literately endless.

As I mentioned above, I’ve seen a lot of opportunities in the online space come and go, however I seem to always spot them when they’re hot and get in while the market is fresh. That is the case with mobile as it’s much easier to spend (don’t worry about cloaking or gaming the system). If you want to really dominate in 2013 I highly suggest getting your mobile game down.