To make things worse, I actually had developed a concept in my head that those that didn’t sit like that simply didn’t have it in them to be an Entrepreneur. Unfortunately, I was way off.

This past summer Ruck asked me a question that I had never pondered. “Ryan have you ever taken a month off?” As the day went on that kept repeating in my head. I’m not sure if it was denial or what, but I eventually became honest with my self, no I hadn’t.

Since 1998 I’ve been a full-time Webmaster. I finished up high school and even attended college from 2003 – 2007. However in my downtime I always found myself sitting at the computer grinding. I can even remember celebrating my 21st birthday in Las Vegas in 2006 and having to sit on my computer in the hotel room to patch a hack on one of my web servers.

When I graduated college in 2007, I remember driving back to my hometown on a Wednesday and by Thursday morning I was in my new office at 8:00 a.m. sharp. From then until this past August I hadn’t missed a beat. Everyday just like clockwork I was behind a wall of screens and sitting in a chair. That’s an eight-year sitting streak!

Over the last nine months I’ve made some major changes to my work schedule and daily habits. After a lot of reflection I realized that a lot of the hours I was sitting online were being wasted with distractions.

In the early 2000s I realized a lot of my time online was spent talking to my fellow webmasters on AOL Instant Messenger. Of course I was updating my sites throughout the day, but I also found myself managing multiple conversations at once, thinking I was a multi-tasker. Even though I realized it, I did little to stop it.

Nowadays we not only have AOL IM but Skype, Facebook, Twitter, LinkedIn, and numerous other time-wasting activities.

Last year, I installed a productivity management app on my computer that actually tracked my time and it verified everything I’m writing about. The amount of wasted time online quickly added up to where I was spending extra hours daily just to keep up with the gossip line on instant messenger.

Take your five most recent chats and read through your history. Were the majority of your conversations about productive business or just story telling? How many times a day do you unconsciously type in “Fa” into your browser for it to take you to Facebook.com. Have you ever tried blocking it through your router to see how many times a day you’re doing that? 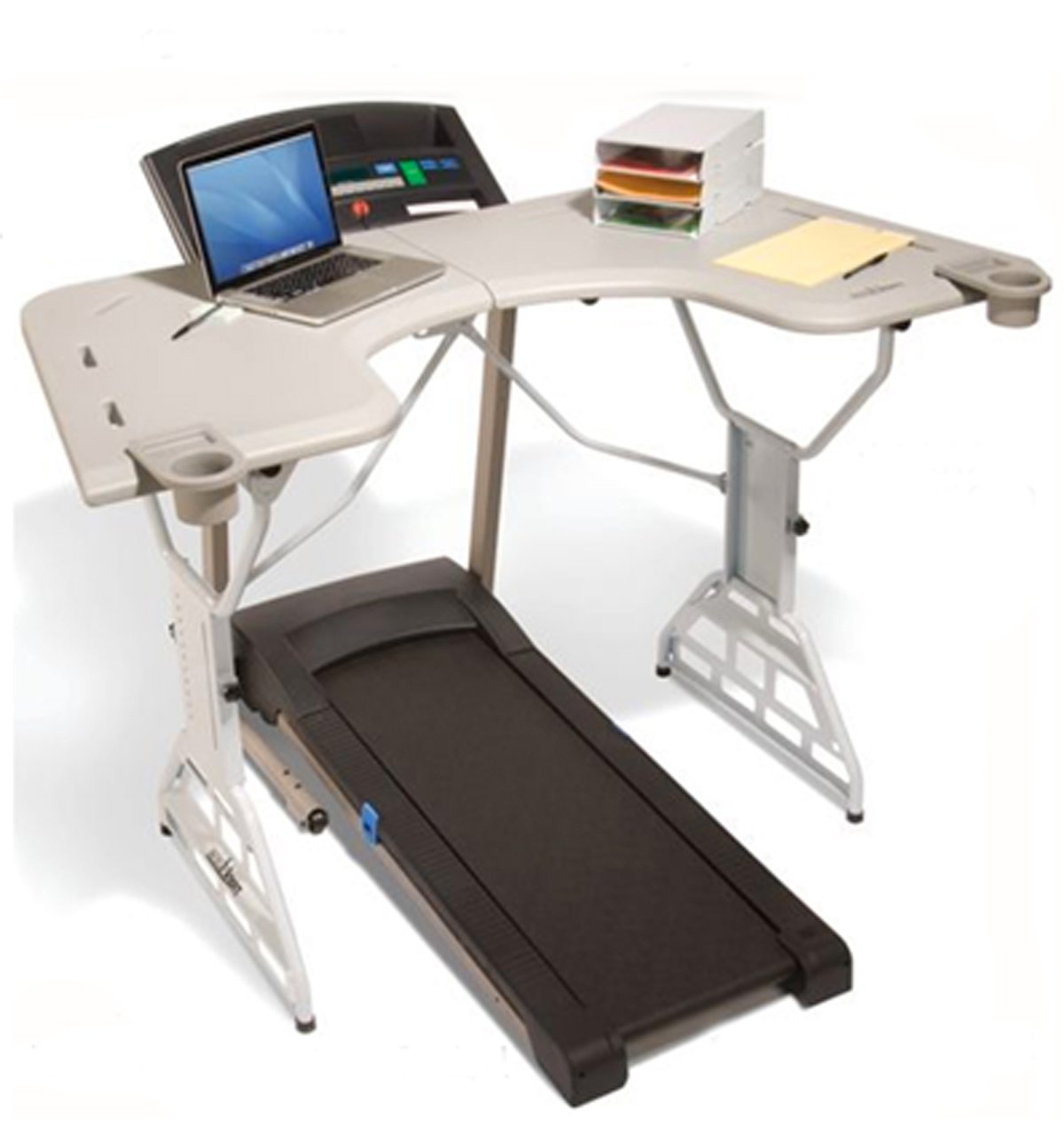 When Ruck and I moved into our office in November 2013, we purchased a couple Trek Desks. These allow us to walk at a slow pace and still get work accomplished. However, I find it a bit difficult to hammer out a blog post or write emails because it takes concentration not to fall off.

Therefore I typically walk on the Trek Desk when I’m doing more mundane tasks such as updating accounting or going through my to-do list for the day.

They’ve been a great way to break up the workday and along with daily exercise, I’ve cut down 15 lbs of the last year alone! Anytime I feel that my productivity is sliding I hop on to start moving.

I’ve also been very bad about not being able to unplug from work. Even when my computer is turned off, I find my brain is still firing off multiple different scenarios. I strongly believe a lot of this comes from repetitive workdays without any time away.

As I noted last month, it also doesn’t help to have Adult ADHD, because the computer can provide a certain level of stimulation and with online businesses, it never stops.

However, I’ve had to re-learn the way I think. Whenever the computer goes off, I force myself to concentrate on other things. I find that going for a walk or run outside helps a lot because I can concentrate on nature and actually enjoy the fresh air.

Since August I’ve changed my Skype name about three times.  I’m sitting on about 100 unread LinkedIN messages and another 250 or so over at Facebook.  My voicemail is currently full.

It’s not that I’m trying to ignore people or be rude, but I’m very careful about how I spend my time.  If it’s not something that’s adding to the bottom-line of my businesses, I try not to get involved with it.  If it’s important enough, I typically find that the person is persistent enough to reach me.  But based on past experiences keeping up with ALL my messages, 90% of it is just a waste of time.

I’m still not 100% where I want to be as I still feel like I sit too much.  Even after eliminating watching television or sitting in my spare time, I still feel like I spend more time than I need to behind a computer.  Despite what I used to think, 30 minutes of exercise doesn’t make up for 8 hours of sitting.

Visually posted an infographic back in 2011 addressing this very issue. This is something I’m continuing to work on and optimize.  As soon as I push the publish button on this post, I’m going for a walk outside with my headphones to plan out the rest of my day.

Do you feel like you spend to much time sitting?  What are some ways you deal with this?  Please feel free to sound off in the comments below!