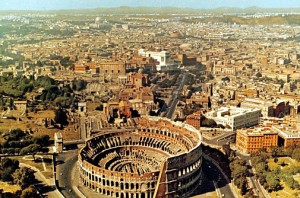 Making money online – it’s exciting, fun, challenging, and rewarding all at the same time.  I got started working online at a young age and eventually came the money.  The success wasn’t instant as it took time to build out my websites and start getting traffic to them and then the reward came.  Honestly, it was a surprise to me as I had no clue I could make money with a content-rich website.  I just wanted visitors to read my material.  I thought it was cool that I could have an influence on people around the globe.

With the rise of affiliate marketing in the 2000’s I’ve found it very interesting to see teenagers sustain incomes higher than $100,000 a month.  It’s simply amazing to me that these bright young individuals are able to “figure things out” and sustain very high incomes using the Internet.  Many ask, “how can someone go from $0 to $100,000 a month so easy.”  Very good point.  You see many individuals that go from zero to hero like this over night are most likely promoting a third-party product or service.  They’re paid commission from the sale and don’t have to physically ship any inventory or manage any customers.  They’re simply the middleman between the customer and the merchant.  So truth is it only takes one really successful campaign to break through the mold and start making a lot of money.  While this all sounds awesome, this also comes with great risk.

Remember in the early 2000’s when tech-based companies were going public with nothing more than a cool idea?  Investors made a lot of money quick but eventually their gains vanished as quick as they came.  The same can happen when you place your entire business in the hands of one merchant or just one campaign on one source of traffic.  Instant success isn’t always a glamorous at it seems.

The reason I’ve sustained a career working online for over a decade is I’ve always been thinking long term from the beginning.  Sure, six figures a month profit from affiliate campaigns are awesome, but I know better than to just concentrate on that 24/7.  I reinvest my profits into other ventures and gear up for long term success.

One of the main problems a lot of people have when building for long term is that it is not instant.  It takes a lot of motivation, hard work, and dedication.  You have to remember that Rome wasn’t built over night.  I see a lot of affiliates make a killing and watch them put their “long term” projects on the back-burner while the money still pours in from the current campaigns.  When a hiccup occurs they go back to their long term projects until they become frustrated and go back on search for that next quick dollar.  The worst thing you can do is continue to put off investing into other ventures and spend all of your day promoting a product or service that you have no control over.  While you may make some good money for a while you’re simply building their business for them.

Inside the IMGrind Community we talk a lot about both long term and short term business strategies.  Many of our members like to begin running some short term campaigns, gain some start-up capital, and begin building their long term ventures.

I won’t call anyone out here publicly but a lot of “big boy” Internet companies currently out there have been built off the short term success of being an affiliate.  These are the smart people that continued to diversify rather than spending their days refreshing their stats.  They also didn’t give up when the success for their long term venture wasn’t as quick as their short term ones.  Time, patience, and not giving up are some of the key factors to seeing your long term project through and being both a short term AND long term success story!  Where are you with your business?