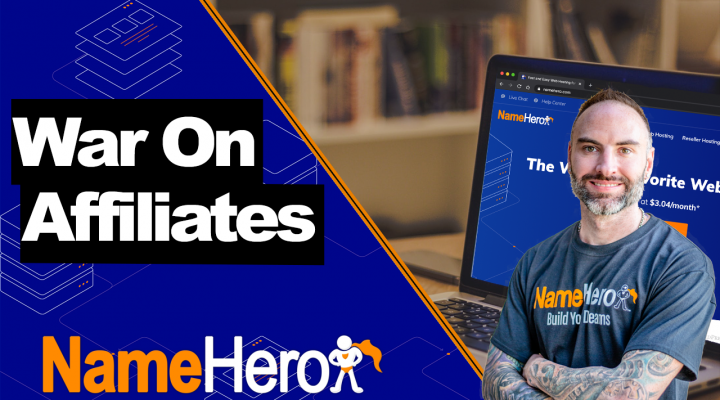 All website owners are SEOs, whether they know it or not. Those of us who have been running websites ever since we started working have seen how our content models evolve with time. Website design has changed so much as well! But the promise of the web was always this – every business is on an even footing on the Internet. Unlike the physical world, it doesn’t cost more to rent space in an expensive location. If you put in the work, your website can rival the biggest names in the industry. There was a time Google catered to that vision. Ostensibly, they’re supposed to rank the best sites in terms of content and surface them to the searcher.

But does it still do that?

John Mueller’s Disdain for “Affiliate Sites” Brought This On

Google has always had thinly disguised contempt for what it calls “affiliate sites”. But there are plenty of big brands with tons of thinly created content with nothing by affiliate links. These sites get a pass solely because of that mystical quality called “Page Authority”.

In a recent Twitter thread, a poster brought up the issue of big brand names abusing Google’s love for authority sites:

Officially, Google calculates expertise in a given field only. So just because Investopedia has huge relevance and authority in investing, doesn’t mean that they can easily rank for say – SEO-related topics. The two have nothing to do with one another! However, in the thread, you can see that large newspapers like the Miami Herald, the Telegraph, and the Denver post can rank at the top for highly competitive search terms that have nothing to do with their area of expertise. For example, what authority does the LA Weekly have when it comes to searching for the best casino sites?

When this was asked, John Mueller responded sarcastically:

The sarcastic “random affiliate site” comment stuck in my craw. Wasn’t this the promise of the web in the first place? That everyone had an equal chance? And hasn’t this been exactly Google’s propaganda all along? That their super awesome algorithms can identify and surface the best content?

Do You Give Gold Medals to Whoever Runs the Fastest?

I couldn’t help myself, and responded to the implication:

Imagine if the organizers said “Well, the US and China are the big brand names here, so they get to start the race 100m ahead of Burma. After all, we don’t want “random countries” winning the race, now do we?

A No-Win Scenario for Small Publishers

Last week, I’d written about Google’s link spam update, and how they wanted us to declare all guest post links with the “sponsored” tag. This in itself proves how core links are to Google’s entire search algorithm. Over the past few years, this has gotten worse, with Google giving more and more heft to “authority” sites in areas where they have no authority at all. So naturally, they’re keen to try to prevent sites from gaining authority via links.

But this is then a no-win scenario for small publishers. The old, “content is king” mantra is naïve. Otherwise, we wouldn’t be seeing junk pages belonging to high authority sites easily outranking sites that have dedicated years of coverage to a single topic. At the same time, Google wants to block off small websites from increasing their authority via links. So content – not good enough. Authority – blocked. This just cements in a class of “privileged” websites that can maintain their dominance through nothing more than using the power they already have.

And that betrays the essence of the web. It’s not just bad for site owners, it’s terrible for searchers as well. Is Google going to wake up and do something about it?