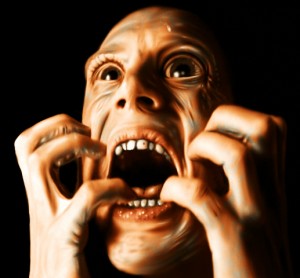 Ruck and I often talk about one of the biggest obstacles new Entrepreneurs (online and offline) deal with is that the fear of loss is far greater than the hope of gain.  Think about that for a second…  No one wants to lose anything. Rather it be money, a job, a material item, that special promotion, etc.  But everyone wants to make more money, win the lottery (a hot topic in the US right now), be promoted, a new home or car, etc.  Loss is a difficult thing to deal with while gaining something isn’t.

Throughout my career I’ve had the opportunity to meet countless Entrepreneurs from all around the globe.  One trait we all share is we’re willing to take the risk of losing to gain something of greater value.  A quote I list on my Facebook page is “no risk, no reward.”

When I got started working online in 1998 I didn’t fear loss.  All I wanted was a website that was visited by people around the world.  Fascinated by the idea that something I created in my bedroom in the small town of Beckley, West Virginia excited me.  It became a passion, something I would dream about nightly.  In January of 2000 when my first web property “took off” with over 500 unique visitors the first day (to a coming soon page) words cannot describe the excitement I had. You would have thought I had won the lottery.

Our culture has become one of materialism.  The more money you make, the more “things” you have, the higher value you’re perceived as.  Does all of this make you a better husband/wife, son/daughter, or person overall?  Heck no – but culture perceives it that way.  In a way it makes sense as we all want to be successful but everyone has their own definition of success.  Mine is seeing projects through and giving my all; not making a ton of money (that’s an added bonus).  When I die I don’t want to be known as “that rich Internet guy.”  I want to be known as the guy who helped others, gave back, and was successful making a positive impact on others.

IMGrind.com continues to grow daily as a portal for Internet Entrepreneurs to read the latest industry news and learn how to create businesses online.  Our goal when we first mapped out this website was to be able to coach and train others that were looking to become successful online.  This is our passion and something with relay at our events across the United States.

If you’re looking to get started working online or currently have an online business I want you to ponder what I mentioned above.  Your fear of loss vs. the hope of gain.  Where do you stand?  Are you that risk taker that’s going to put it all on the line in order to gain something of higher value?  Or are you scared to death of losing?  In this office the word “lose” isn’t in our vocabulary.  Sure we may get knocked down pretty hard on a project here or there but we get back up and keep fighting until victory is accomplished.