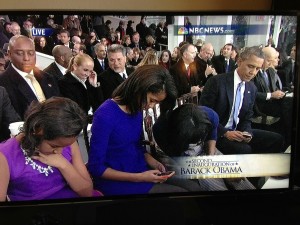 If you’re an Internet Marketer and aren’t yet taking advantage of mobile marketing then you’re missing out on a number of opportunities.  Over the last three months I’ve personally watched people inside our Private Community that have never ran a campaign through desktop advertising make over $700+ a day profit with mobile.  It’s like we’re back to the days of the early/mid 2000s when Google Adwords and Overture (now adCenter) first caught on and buying traffic was easy.

With mobile there is an abundance of traffic out there and a number of affiliate offers you can promote simply by direct linking.  Your only challenge is matching the right traffic with the right offer and milking the ROI as long as you can.  Prior to buying mobile traffic you must understand how it is different than desktop advertising, how your ads are being delivered, and what you should be looking for when running your offers.

While desktop advertising has several similarities to mobile advertising they both have distinct differences.  When advertising on traditional desktop sources you typically test multiple creatives looking for the one that not only yields the highest eCPM but the one that produces the most conversions.  With mobile advertising your main goal is to get visitors to click on your advertisement.  While design will have an effect on your click through rate, in most cases your ROI isn’t going to be determined on your exact creative.  When advertising on desktops you don’t care who the Internet Service Provider is, as long as the user is connected to the Internet, you just want the traffic.  Many times when advertising on mobile you want to get only receive traffic from the carriers you target as an unaccepted provider could be detrimental to your campaign.

Mobile traffic reaches many different devices but they can basically be broken down into two categories: smartphones and feature phones.  Smartphones are the “new phones” such as iPhones and Androids.  Feature phones are the devices we first started to use a couple of years ago when receiving emails on our mobile devices became possible.  Remember the Razor or flip Nokia? Prior to starting any mobile campaign it’s important to do you research in the respective country to understand the smartphone vs. feature phone penetration so you can develop your landing pages accordingly.  Smartphones are going to load faster and support more dynamic scripting (such as jQuery) where feature phones are better with simple HTML and few images. This differs from desktop advertising as it doesn’t really matter if you’re purchasing traffic from a user that’s on a PC or Mac or using a browser such as Internet Explores, Firefox, or Chrome.

Not all mobile advertisements are delivered the same.  With traditional desktop advertising we have the standard IAB banner sizes and the annoying pop-up/pop-under units.  Mobile is developing so rapidly many companies are taking the initiative to be unique offering ad units inside applications, on traditional mobile formatted websites, and even websites that have a responsive design.  Some app developers work with companies that serve PUSH notifications – advertisements that are sent to your notification tray appearing system generated (more intrusive form).  Other websites include scaled down banners on their mobile formatted versions while others simply use a responsive design to serve the standard 300×250 and 160x600s that you see on your desktop. 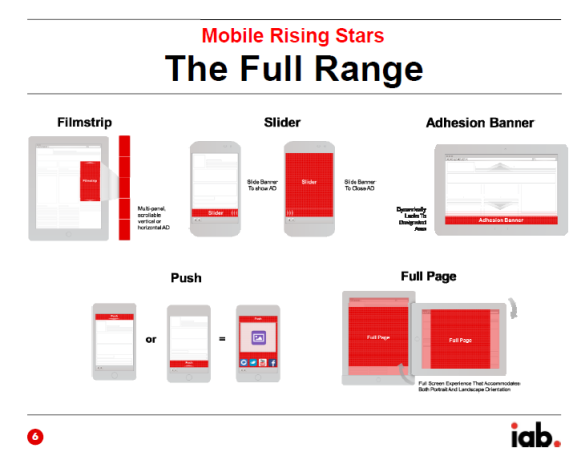 More creative mobile ad units include interstitial, videos, website overlays, and many others.  Not really a day goes by that I don’t hear of another creative unit being developed by a company to help mobile publishers optimize their eCPM.  A couple of months ago we developed MobGrind to help aggregate all the news coming from mobile traffic sources allowing people to keep up with these new units and unique inventory on a daily basis.

With the many differences from desktop advertising and the multiple ad units available it’s very important to understand how an offer you want to advertise converts.  This varies depending on the goal of the client as well as the region being advertised in.  Some application developers in the United States will simply pay marketers a commission for every download sent.  Since some of the applications are free they’re hoping to make money back with internal ad placements or up/cross sells.  Other advertisers, especially outside the United States, offer value added services and convert when the user’s carrier is billed.  These can be one time or recurring charges.

When I first started purchasing mobile media in 2009 I began to realize important aspects of my campaign I needed to be able to track.  This included each device’s carrier, operating system, manufacture, and model.  I found by having this data I was able to optimize my campaigns from the beginning and only target traffic that I knew would convert.  Eventually this lead to Ruck and I working with Bill to develop our proprietary mobile tracking solution iMobiTrax.  Other desktop based tracking systems only count conversions/click through rates and miss this valuable data.

Mobile advertising is a medium that’s going to continue to explode over the next couple of years.  As more people begin to access the Internet through their smartphones and use applications advertisers are going to have several unique opportunities to take advantage of this abundance of traffic and monetize it accordingly.  We’re still in the infancy stage but technology is rapidly adapting and marketers that are on their game are already cashing in.