Ruck and I are always discussing new ways to capture the massive amounts of growing traffic both on the web and on mobile devices.  Last night we were discussing some of the most popular applications in the Apple App Store.  One thing we realized was the term “Olympics” was listed more than once in the top twenty five free applications: 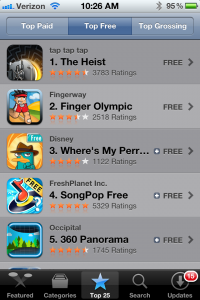 Immediately the light bulb went off as this is a perfect way to begin getting a lot of downloads.  Last week I wrote about how the Olympics are a huge worldwide trend and present many Internet marketers new opportunity to reach a wider audience with cheap, unfilled website inventory.  Applications are no exception as both the Apple App Store and the Google Play Store expand worldwide with millions of users.  The Google Play store has developed a section for “Official Apps” to the 2012 Olympic Games: 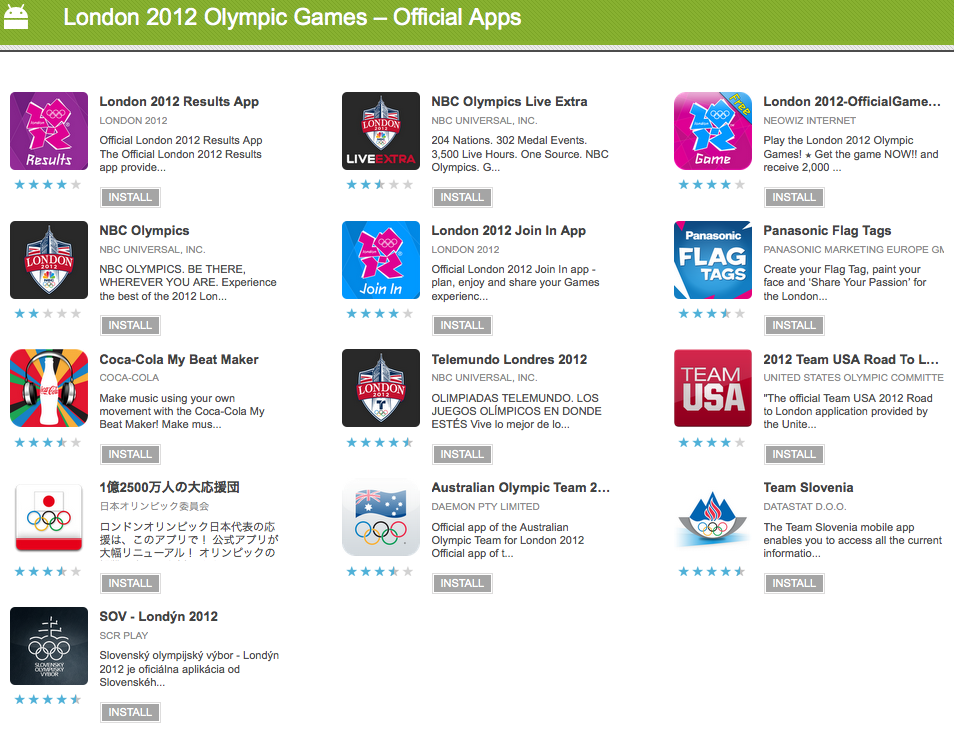 Following our search last night we began to “call off” some upcoming trends producing ideas for creative applications that would get a lot of downloads.  This morning while polishing off my pot of coffee I noticed something very interesting in my Facebook news feed: 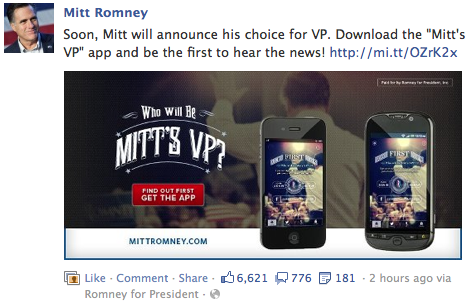 Presidential candidate Mitt Romney has released an application that will allow users to hear of his choice for Vice President.  In my opinion this is excellent user engagement and marketing overall.  Supporters will now be able to have this tool on their device until they remove it.  Personally, I can’t remember the last time I deleted an application.  A lot of times I find myself saying “I may need that again one day.”  Some days when I’m waiting in that awkward line at the grocery store, I find myself opening up older apps to see what’s going on.  The point I’m trying to make?  Once you’re on a user’s device you are on there until they delete it.  Excellent for brands and marketers alike.

If you’re looking for a creative way to get your next application noticed, consider the trends out there and develop accordingly.  Retailers shouldn’t ignore the shopping seasons while a greeting card application may also be a good idea.  Creativity is what makes the most effective marketing and gains the most user engagement.