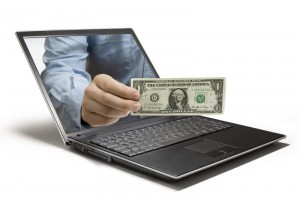 Given I’ve been blogging for two years I’ve had hundreds of people email in, instant message, and even ask me in person what is the “easiest way” to break into the affiliate marketing industry. With young guys like Mark Zuckerberg becoming billionaires before the age of 30, many other young Entrepreneurs feel the Internet is something that can be exploited to make a lot of money. Literally with affiliate marketing you can take your income from $0 to over six figures a year over night all from your home computer. I personally was making over $100,000 a year before I had a drivers license; much less a completed high school education.

However before I go any further I want you to understand something. The Internet provides such lucrative opportunities because of scalability. With the amount of Internet users growing at a rapid amount daily and new technology constantly emerging making access more convenient (ie: smart phones and tablets), the amount of opportunities is almost endless.

Now you have to understand that if it was incredibility easy everyone and their brother would be working from their home computer and would have no need for a 9-5 job. Just because an Internet business can be started with low start-up costs, the barrier of entry isn’t always wide open. Competition, regulations, and changes happen on-the-fly and you have to constantly Adapt, Develop, and Progress (A.D.P.).

With all that said the first step to starting a career in affiliate marketing is to monetize traffic. Without traffic you can’t pitch offers. It’s just like owning your own bakery or any other “bricks and mortar” business. You can bake the best cakes or sell the coolest products, but without people coming in every day to buy, the business is worth nothing.

On the most basic level traffic can be generated two ways: paid and organic. Those that have money to invest can purchase traffic from sources such as Google Adwords, Microsoft adCenter, and Facebook to almost instantly start a constant stream of traffic. Those that don’t have a lot of money to invest can generate traffic through search engine optimization (SEO), emailing, and social media. Here are some of the ways I recommend for people just starting out:

* Purchasing advertising on social media platforms such as Facebook and Plenty of Fish and then direct linking to affiliate offers.
– Believe it or not there are some people who have hit a “home-run” from the beginning by creating advertisements and direct linking to offers such as dating. With Facebook and Plenty of Fish all you need is a creative that garners a high click through rate (CTR) and you can begin delivering traffic to an affiliate offer without ever having to open up a HTML editor. Sure as things progress tracking and other aspects must be taken into consideration however it will take some time and patience to understand exactly of the platforms work and what it takes to get people to start clicking.

* Generating traffic through organic methods such as Facebook fan pages, search engine optimization, and other interactive platforms (ie: Squidoo Lenses).
– With the creation of Facebook’s fan pages once connected with enough people traffic can be generated for free. The challenge here is to create a fan page or web page that others are interested in. Advertisements aren’t cool. How many times do you set your DVR to record your favorite show so you can fast-forward through the commercials. When trying to generate traffic this way you have to first think what is “cool” that people would be interested in and who could you eventually begin the monetization process. Creating a Facebook fan page with a common interest and inviting your friends to “like” is just one of the ways this can be accomplished.

Setting up online profiles such as a Squidoo Lense that appeals to a mass audience is also another option. Anything that can grab the attention of someone and get the user engaged is the very start of the monetization process. With a bit more experience some people can setup websites and begin ranking in search engines for terms with lots of volume and low amounts of competition.

The biggest reason a lot of people fail at affiliate marketing or making money online in general is they simply give up. There is no guarantee you’re going to make money. Sure some people get lucky from the beginning but the fact of the matter is that it does take some trial and error to understand what works and what doesn’t. You can read everything Ruck and I type but without taking action and becoming experienced you’ll never sustain a consistent stream of online revenue. The Internet provides many exciting opportunities but should be treated with the same mindset as any other business.